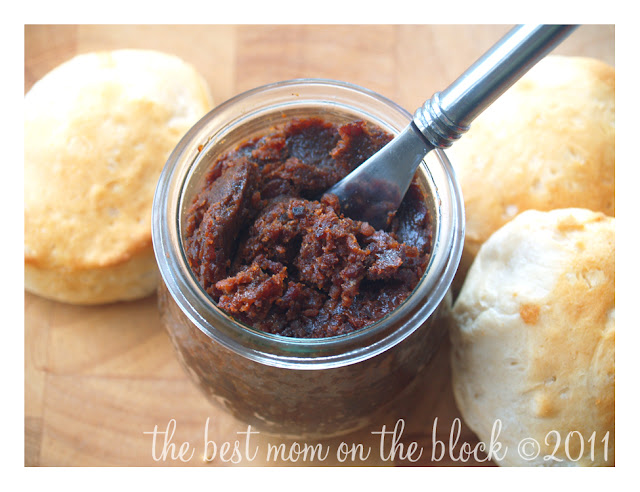 Beer. Bacon. Jam. I know what you're thinking, but this is a family site and I can't repeat it. Don't let the name throw you, jam is a loose description of this amazing bacon "spread". I first heard of it while watching FoodNetwork's show Eat St. A food truck's most popular burger had bacon jam on it. My ears perked up and I hit Google.
I found some recipes and picked the one from Not Quite Nigella's site (LOVE that blog name) to work from. I was going to make her recipe as is, but I was lacking some ingredients and it was pouring out... and I was in my sweats...  and didn't feel like going to the store. Wow, I'm just full of all kinds of excuses. Anyways, some simple substitutions (like beer!) from my pantry and fridge later and I had an amazing tangy, slightly spicy and totally delicious bacon and beer purée. 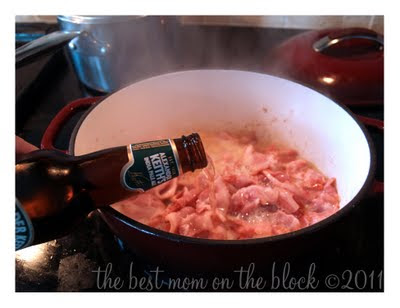 We tried it on sliders and it was soooo good. I can't wait to try it on a toasted bagel with a fried egg, or on crostini with goat cheese and arugula. 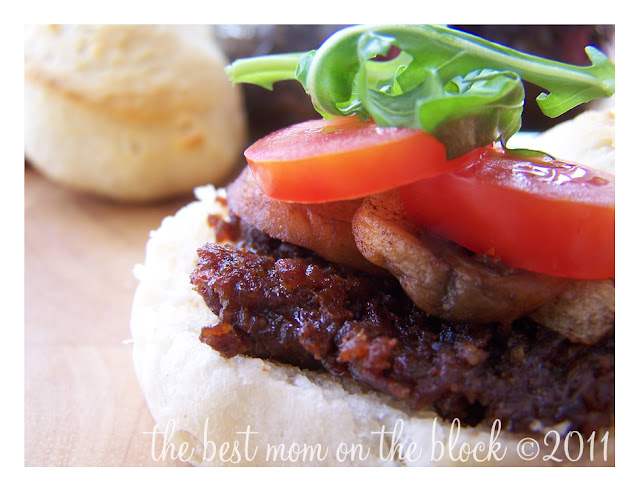 Print this recipe
Beer and Bacon Jam
500g (1 pkg) smoked bacon
4 cloves garlic, minced
1 onion, diced
1 tbsp fancy molasses
1 chili in adobo sauce, diced
1 tbsp adobo sauce
1/2 tsp smoked paprika
1 cup brewed coffee
1 bottle of beer
1/4 cup maple syrup
Black pepper to taste
Instructions:
1. Cut the bacon into 1" pieces and fry over medium heat in a dutch oven or deep pot until browned but not crisp.
2. Remove the bacon with a slotted spoon and drain all but 1 tbsp of the bacon grease.
3. Fry the onion and garlic in the bacon fat until soft.
4. Add the chili, adobo sauce, cooked bacon, paprika and molasses and stir.
5. Add the coffee, 1 cup of the beer, maple syrup and freshly ground black pepper.
6. Bring the mixture to a boil and then reduce heat to low and simmer uncovered for 2 hours. As the liquid boils away add more beer a bit at a time to keep the mixture from drying out.
7. Allow the mixture to cool a bit and then purée until smooth with a bit of texture. 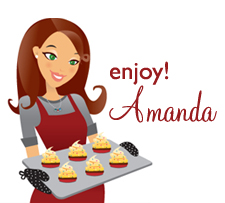