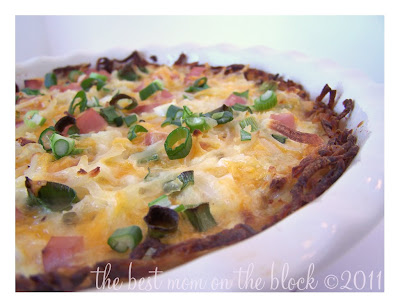 Happy Mother's Day! I have been M.I.A. for the past two weeks and I apologize for that. I went to visit my parents for a week and the second week was spent building a patio in our backyard. I did very little actual cooking in that time and the vacation was nice but I've been itching to get back in the kitchen.

My parents came to help build the patio and while they were here I made my favourite quiche for breakfast. It's Paula Deen's recipe and instead of the heavy pastry crust this recipe uses shredded hashbrowns and it's so completely yummy. With a slice of hot buttered toast and a cup of coffee this is an amazing way to start the day! 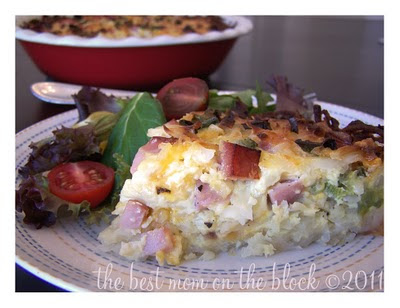 1. Preheat oven to 450˚F.
2. Gently press the drained hash browns between paper towels to dry them as best as possible.
3. Lightly coat a 9" pie plate with cooking spray. Toss the hash browns with the melted butter and press them into the bottom and up the sides of the pie plate to form a crust.
4. Bake for 20 to 25 minutes until golden brown and starting to crisp.
5. Meanwhile, in a large mixing bowl, combine the remaining ingredients. When the hash brown crust is ready pour the egg mixture into it and return to the oven.
6. Lower the oven temperature to 350˚F and bake for about 30 minutes until the quiche is light golden brown on top and is cooked through and puffed up Allow to rest for 5 minutes before serving. 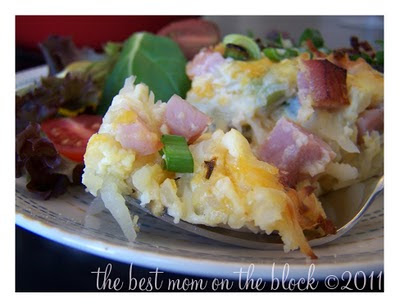 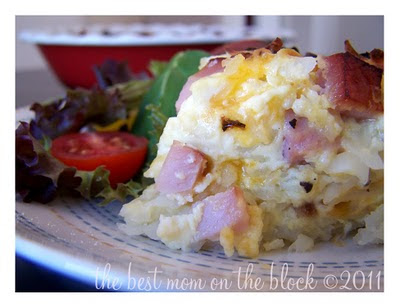 look at that cheesey goodness!